Why is there Something Instead of Nothing? 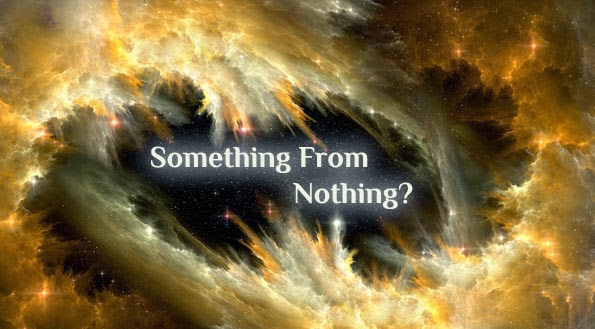 The question of why existence (not merely material existence, but the existence of literally everything) 'exists' may seem like a daunting question, most likely because existence itself seems both infinite and beyond human comprehension.

This is a typical and somewhat emotional response to the question of existence that many of us are probably familiar with. However, if we apply basic logic to this question, rather than merely reacting emotionally, it is perhaps not such a difficult question to engage with. To properly grapple with this question there are two main points that we need to look at.

The first point concerns an often preconceived idea about existence. This is the belief that the reason for existence, or in other words why there is something rather than nothing, must be due to a rather grand or complex cause.

How else could the world and universe we are familiar with be so complex if its original cause was not just as complex, if not more so?

The first thing you need to realise is that it doesn't matter how complicated anything is, whether a life form or an idea, it will always be made up of less complicated elements.

Whenever someone comes up with a new idea, whether it is in the form of a new technological device, art or any philosophical idea, it will inevitably incorporate a range of other smaller ideas. Any serious contemplation on anything you think to be a whole, whether a physical object or an idea, will be seen to be made up of smaller entities or ideas.

The eye for example, one identifiable part of most animals and humans alike, is made up of smaller distinct parts, such as the: iris, retina, cornea, etc. On closer inspection we would eventually see individual atoms and on even closer inspection: protons neutrons, electrons, etc.

Although we are limited in what we can see with our naked eyes, or even with the aid of a microscope, we can probably still imagine the perpetual pattern of increasingly smaller 'entities' or forms of energy making up literally everything.

Even if we cannot recognise the increasingly smaller physical parts, or ideas, that make up larger things, they will always be there. Much like the expression 'all big things have small beginnings', we should think that existence has, perhaps not a small beginning, but rather a simple reason for why it 'exists' in the first place.

The second point is that in order to understand existence in a basic way you need to be able to recognise basic concepts and their patterns.

For instance  light (colour) and numbers, two basic concepts we are all familiar with, work in a relatively similar way. The concept of pure white light contains within it every possible colour; those colours we are able to see and every shade that we cannot. The concept of infinity (∞) contains within it every possible number, both whole and decimal numbers.

In terms of mathematics (numbers) infinity represents endlessness, while in terms of light, pure white light would represent perfect luminosity. Their opposites are both represented by an absence. Black is an absence of light, and absolute zero (0) is an absence of a number. In other words they are a way of representing non-existence.

Most individuals we are familiar with appear to incorporate various elements from both masculinity and femininity no matter how physically masculine or feminine they appear on the outside.

There are various other concepts that you can probably think of that have juxtaposing opposites that define one another.

In fact the bigger (and perhaps ironically the more basic) the concept, such as absolute zero and infinity, the easier it is to see the pattern of two opposites defining one another. Simultaneously we can also see an infinite number of variations in between these two concepts; such as the infinite amount of individual numbers that could possibly exist in between 0 and ∞.

The major issue you will now be wondering about is how could any existence 'exist' merely due to its juxtaposition to pure nothingness? Although this idea can be better described in the form of a book (which is linked below) it can be somewhat addressed briefly.

This is not the same as explaining why something that was once there apparently vanishes into nothingness. This is rather the changing of one particular entity/object, or energy into something we can no longer recognise. What we are looking at is the concept of a complete absence of anything - including any space requiring dimensions.

As we can observe there is obviously actual existence, rather than pure nothingness. Even if you think our existence is imaginary/an illusion there must always be something to both create and observe this so-called illusion.

Therefore your next question may be: as something can't create itself out of nothing all of a sudden (scientifically speaking, not religiously or emotionally speaking), then how could all of existence appear suddenly when moments before there was literally nothing at all?

The only logical answer left to us - even if it seems completely bizarre with our limited human way of observing the world around us - is that there has always been existence. When we follow the pattern of other fundamental concepts it should be seen that existence 'exists' because of the concept of pure nothingness, rather than suddenly appearing out of pure nothingness.

There is no other way for existence to 'exist'. Pure nothingness (non-existence) is defined by its opposite; existence and vice versa. As the concept of pure nothingness must always exist, as it does not need a cause, then its juxtaposing opposite must have always 'existed' as well.

We can conceptualize the idea of absolute zero, pure blackness, infinity and pure white light. We can also probably conceptualize the idea of pure nothingness - no existence of anything whatsoever.
If you follow the pattern of other concepts you can probably reach an adequate answer to what the exact opposite of pure nothingness is, presuming of course that you haven't brought with you any personal bias or baggage.

For a more thorough look at why there is existence rather than nothing and how the basic pattern of existence works you can refer to the book: The Reason For All Existence: How Existence At Its Fundamental Level Works.