The Power and Problem of Phenomena: Part 1 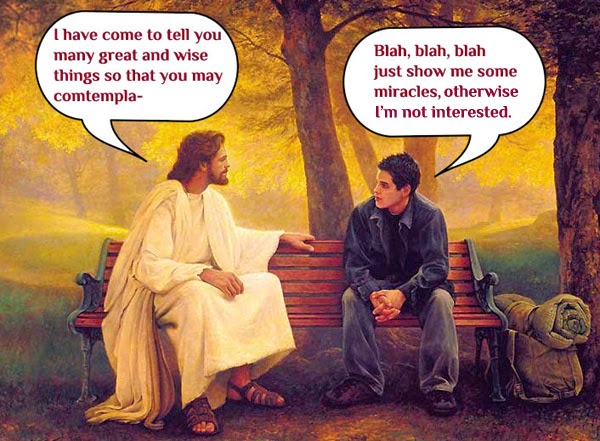 What individuals subjectively identify as 'phenomena' can intrigue, excite, perplex, distract and often drastically change the way an individual thinks and sees the world around them.

The type of phenomena we are talking about would be considered anything that is well beyond the norm. This could involve anything that we consider to be magic, a miracle, alien life forms, spirits or any other mysterious force. In other words it involves entities or occurrences that are either rarely believed, or are at the very least hard to prove.

The issue is that, although many individuals today are interested in rationality and a need to prove new or contentious ideas with rigorous investigation and testing, many people can be convinced by things that merely sway them emotionally.

The idea that something that isn't real or at least in need of further rigorous study, can drastically change the beliefs and behavior of individuals may seem to be less common in our modern age. We may at first believe that it is relegated to the few - those isolated individuals unable to cope with reality. The truth is many individuals will have particular internal 'issues' of one kind or another that leaves them susceptible to being swayed by certain types of phenomena.

With increased knowledge and easier access to this knowledge it may be surprising that we are still susceptible to phenomena over logic. It is easier for us modern and supposedly more sophisticated humans to believe that people from the ancient world would be far more susceptible to all sorts of phenomena. They had less knowledge and experience, and therefore so much of their world was mysterious, if not frightening in many regards.

If we take the 'popularization' of Christianity (currently Catholicism), due to the conversion of Emperor Constantine in the 4th century AD, we can see the power that phenomena can have over 'uneducated' minds. Emperor Constantine witnessed a blazing light in the sky, which some modern academics have attributed to a crashing meteorite, which encouraged his conversion to Christianity.

To us a crashing meteorite may be somewhat exciting and an interesting phenomena to say the least. Most of us though would not attribute it to the work of magic or the mysterious, unless we were ignorant of its actual origins. This is of course the problem faced by Emperor Constantine, who ultimately saw it as a sign from God, rather than understanding its physical origins.

The undiscerning belief in phenomena was a common way for European pagans to convert to Christianity in the first millennia. The idea of Christian miracles, such as physical resurrection and the power of healing, amongst others, were impressive sounding enough to convert thousands without evidence. This is a slight simplification but the phenomena behind Christianity rather than the actual teachings and philosophies were a large part of the reason for these conversions. There is a lot a historical and academic literature that goes into far more detail about this, if you are not familiar with this idea.

The conversion of people to any religion with stories of phenomena - often in the guise of a miracle performing prophet - will be based upon emotion. You may say that it would be logical to follow a religion where the representing prophet could perform the most profound miracles. This would surely mean that 'their God' is the most powerful, if not only God. If these miracles were actually true and were witnessed and completely understood as miracles, rather than trickery, then this may make sense.

The problem is that these miracles are believed on mere hearsay with no logical or rigorous contemplation. They are believed upon an emotional reaction, which is not only based upon the size and sensational nature of these apparent miracles, but also due to a desire for these miracles to be true.

In our age many individuals know the apparent scientific or rational explanation for why something occurs, but their need for it to be something more than that can make them see certain occurrences as extraordinary phenomena.

A falling meteorite, even though we may know the rational explanation for its occurrence, can become something more whether it is or not. Inevitably these 'signs', interpreted emotionally, will mean whatever the individual wants them to mean.

This will either come from the individual's desire or their fear. A crashing meteorite could mean something positive or negative depending on how the individual chooses to interpret it. A 'God-fearing' person may believe that God is unhappy with how they are carrying on with their life and a dramatic change is needed. A spiritual person with no religious affiliation my chose to see it as a sign that they will come into good fortune, as the meteorite has not hit them.

Either way, emotion rather than deep contemplation or investigation, are likely to have lead to these ways of thinking. Where natural phenomena become signs or miracles that conveniently satisfy the individual's emotional needs.

Why is it important for these supposed signs or miracles to be true you may ask? They are an obvious sign of something greater than ourselves. This could be the desire for a personal God or guardian angels to protect and look after us. It could be the desire for an advanced group of aliens to take us away - to rescue us from this planet full of pain and disappointment (from the subjective eyes of those wanting to be rescued).

If we can't empower ourselves sufficiently, or feel vulnerable and alone in this world, then it would only be natural to desire something that can take care of us when we feel this way.

As we are rather emotional beings this inevitably takes the form of a being or beings that are not only superior and more powerful than us. They are also able to give us emotional satisfaction, while often also having an emotional or sentimental attachment to us - much like a parental figure. It may be no coincidence that individuals imagine God as an older man, strong and protecting of his children (true believers), and why so many often refer to 'Him' as Father.

To many this idea would be (emotionally) preferable to the idea of being governed by a set of naturalistic laws that are in no way sentimental towards us or anything else. If you were to tell a large portion of the population that existence worked in a similar way to gravity - which is completely unsentimental, unwavering in the face of pleading or prayer, and where your failure to pay heed to its basic principles will always have appropriate consequences - they would  likely be horrified.

The last idea, failing to pay heed to the basic principles of gravity, would be familiar to those that believed in a religious 'hell', as it is similar to ignoring or being ignorant of 'God's laws'. There is of course a slight difference. Gravity is not an emotional or personal being that will let you ignore many of its own fundamental and governing laws  if you merely 'believed in its exalted nature and accepted it into your heart'.

The problem with sensational phenomena is that it often (although not necessarily always) unravels when logic is rigorously applied. This can be seen in various religious ideas, which is why it is necessary for many to employ faith rather than reason, as it is far more emotionally satisfying that way.